Research Trials Lack Diversity, And That Could Cause Big Problems 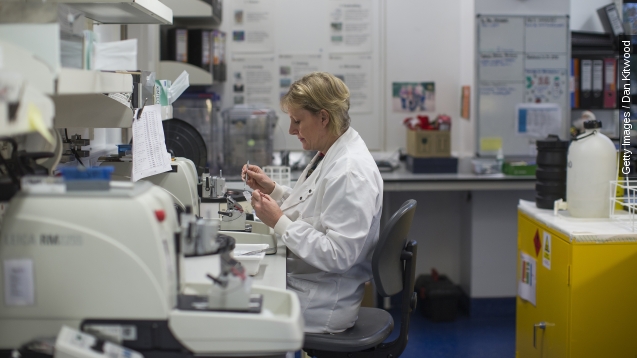 PLOS Medicine published a new study that found a lack of diversity in clinical trials in biomedical research.

A new study says clinical trials for biomedical research are too white. (Video via National Institutes of Health)

Sam Oh, one of the study's researchers, told NPR the lack of diversity in clinical trials can cause confusion over why certain drugs work for some but not for others.

"African-Americans and Puerto Ricans don't respond as well to some of the most common asthma controller medications, and that's really a tragedy since these two groups are the most affected by asthma in the United States, " Oh said. (Video via National Institutes of Health)

"Only 2 percent of cancer studies and less than 5 percent of pulmonary studies have studied enough minorities to provide useful information," Oh said. (Video via National Institutes of Health)

But the lack of diversity seems to be getting better. The NIH says between 2010 and 2014 some clinical trials saw an increase in black participants from 10 percent to 23 percent.