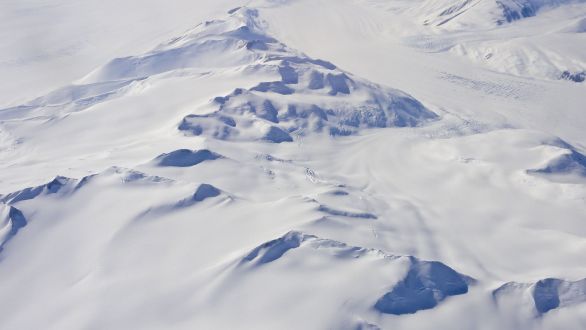 Earthquakes under West Antarctica have revealed an active volcano hidden beneath nearly a mile of ice.

Earthquakes under West Antarctica have revealed an active volcano hidden beneath nearly a mile of ice.

Researchers knew underground volcanoes existed on the frigid continent, but didn’t know whether or not they there were active. One of the researchers told NBC they don’t know WHEN the volcano will erupt, but that it is likely to happen.

When that does happen, heat from the eruption would likely cause ice in the area to melt and could create millions of gallons of water beneath the ice.

The impact that would have on global sea levels is still up for debate, but would seem to indicate that global warming isn't the only cause.

There are several above-ground volcanoes in Antarctica, the most active of which, Mount Erebus, last erupted in 2012. This latest discovery, however, is a reminder of how little is known about the world underneath the 98 percent of the continent that’s covered with ice.

In 1958, Soviet explorers discovered a mountain range the size of the European Alps hidden beneath the surface.

The discovery of the underground volcano was published in the journal Nature Geoscience.