T. Rex Was Probably Much Slower Than You Thought 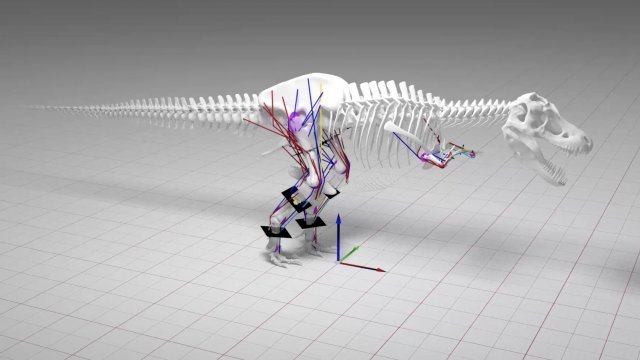 Research conducted at the University of Manchester says T. rex would not have been able to run without crushing its bones under its weight.

Despite what Hollywood has taught us, it turns out T. rex was actually kind of slow.

That's according to the University of Manchester researchers who studied the dinosaur's gait and skeletal structure. They say anything above a brisk walk could have crushed the T. rex's leg bones under its 7-ton weight.

They created a computer model of the dinosaur and had it run at different speeds to determine what would happen.

The model estimates a T. rex would probably top out at speeds of around 12 miles per hour. So, what's with all the media depictions of a speedy T. rex?

New Theory Turns 130 Years Of Dinosaur Doctrine On Its Head

A new theory would reclassify many dinosaurs and rewrite their history.

Obviously a faster, more agile predator makes for a better movie villain. But researchers say a real T. rex would have opted for much slower, less athletic pursuits.

It's not just Hollywood misdirection. Past theories held that the T. rex's long legs would enable it to reach speeds up to 45 miles per hour.

This is just the latest research to support a growing belief that T. rex was probably much slower than previously thought.