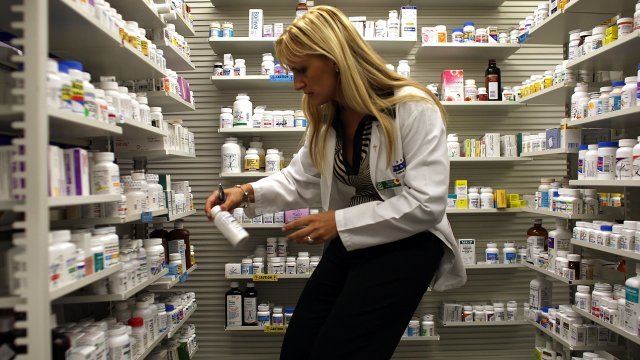 New research finds more than one-third of U.S. adults are using common prescription drugs that list depression as a side effect.

A new study shows more than one-third of American adults use prescription medications that list depression as a potential side effect.

Researchers analyzed around 200 commonly prescribed drugs that have possible risks of depression or suicide. The list includes birth control pills, antacids, beta blockers and prescription-strength ibuprofen. They wanted to know if taking those drugs is associated with depression and found the more of those medications a person used, the greater the likelihood of depression.

Experts note the findings suggest a correlation, not a cause, and recommend more research. The study's authors say because the meds are common, patients and doctors may not be aware of a potential depression risk.

According to recent data from the Centers for Disease Control and Prevention, suicide rates rose in almost every U.S. state from 1999 to 2016.

If you need to talk to someone about suicide prevention, text "HOME" to the Crisis Text Line at 741-741.