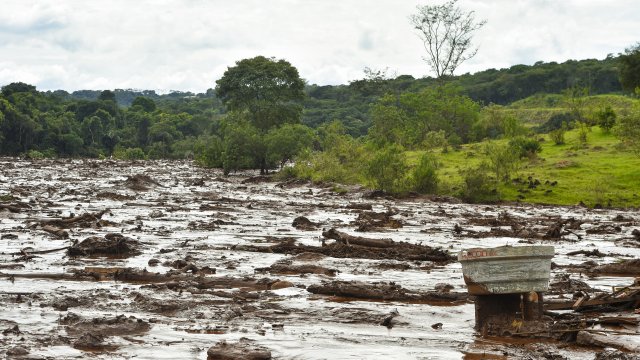 Researchers in Brazil say the dam collapse that left hundreds dead or missing last month could cause major health issues for residents.

Researchers in Brazil say the dam collapse that left hundreds dead or missing last month could cause major health issues for people living in the area.

According to the Associated Press, research institute Fiocruz said contamination caused by the release of the mining waste could help spread serious illnesses like dengue and yellow fever.

And the collapse could have other health repercussions as residents cope with the stress of dramatic changes like losing loved ones or their jobs.

The death toll in the disaster rose to 134 earlier this week, and nearly 200 people are still missing in the muddy debris. Brazil has arrested several people in connection with the collapse, including three employees of the company that owns the dam.