Here's Why Retailers Make Such A Big Deal About College Shopping 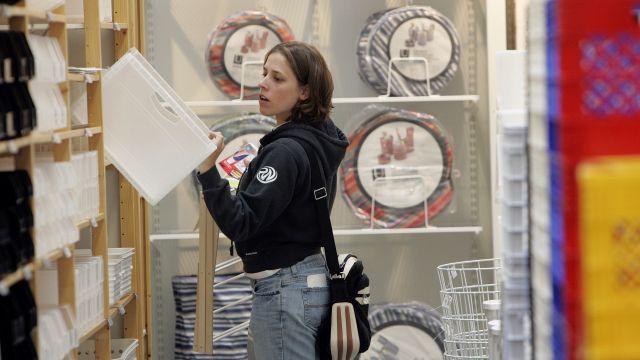 The average American family with a college student will spend close to $900 on back-to-college shopping.

"Mainstays metal arm futon," an announcer says in a Walmart commercial after two college students sitting on a small love seat are surprised with a larger futon.

It's that time of the year — students are heading back to college. But before they do, they'll need to do some shopping.

Families with college students will spend just shy of $900 on back-to-school shopping this year, according to the National Retail Federation.

SEE MORE: Wal-Mart's Robot Cart Could Help Do Your Shopping For You

Those high costs will pay for everything from minifridges to shower caddies, and some of those purchases will need to be replaced next year.

So retailers aren't just hoping students will shop with them now, they're hoping they'll become lifetime customers. That's why stores are pulling out all the stops with decorating ideas, checklists and giving students the opportunity to create their own registry.

Target even has three YouTube stars offering dorm room decorating advice to college students about to leave the nest.

Bed Bath & Beyond's Pack & Hold allows students to shop in their hometown store and pick up their order at a location near campus.

The back-to-college season is also an opportunity for retailers less synonymous with college shopping, like Overstock.com, to appeal to people outside their older demographics. That way, students shopping for their dorm room may turn to the site for other important life event purchases.

And don't forget, those back-to-college markdowns are likely drawing the general public, too, including those of us whose college days are behind us — potentially meaning even more money for retailers.