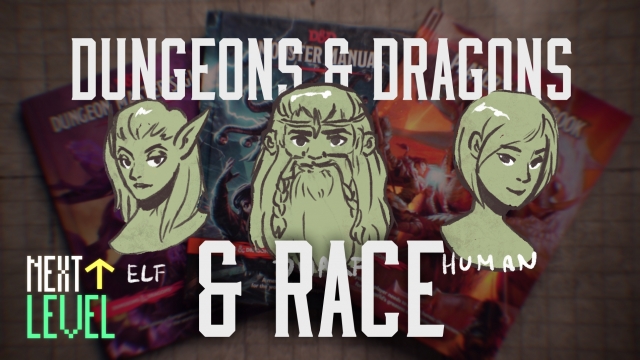 Amid national conversations over racial injustice, game designers are offering new ideas around the role of race in games like Dungeons & Dragons.

Fantasy stories can be a fun bit of escapism. Everyone could use a nice break from reality now and again — especially now.

But even the most out-there fiction and fantasy role-playing still has to reckon with its real-world baggage from time to time. And one such reckoning is underway for the popular tabletop game Dungeons and Dragons.

Gabriel Hicks is a game designer, voice actor and cosplayer, who's worked on a number of tabletop games, including some D&D game books  — and he's gained a dedicated following for his work. He's also one of the many people who've been playing Dungeons and Dragons over the internet in this quarantine era.

Hicks told Newsy: "When I'm playing these games, and when I'm telling these stories, I want myself and the people I'm playing with to have a good time. And if, if any aspect of it is making that harder for someone or for multiples of us, then we sit and we figure it out."

The iconic tabletop role-playing game has exploded in popularity over the past couple of years, thanks to a more accessible version of the game and the rise of high-profile D&D podcasts and streaming shows. The game's renaissance spiked even more after Covid-19 hit: virtual D&D services have reported massive growth users over the past few months.

But amid waves of demonstrations calling for racial justice across America, D&D's parent company Wizards of the Coast admitted their game has its flaws in how it handles race — flaws that date back to the game's origins in the '70s.

Hicks said: "I think it's really just something that people were used to, and as we get older and smarter and learn more we discover we use things that are archaic ideologies or terms."

The topic of race comes up surprisingly often in these tabletop games. One of the first things D&D players do when starting a game is pick what kind of character they want to be: an elf, a dwarf, a human, etc. The game refers to this process as choosing your "race."

The game's mechanics attach physical traits to each "race": for example, all orc characters tend to start out stronger and dumber than their human counterparts. Those distinctions obviously don't perfectly line up with a real-world concept of race, but the idea that certain kinds of sentient beings are naturally stronger or smarter than other types is still a troubling one for many people.

A few months back, Hicks released his own unofficial module for D&D which ties a character's physical traits to their job, rather than their race. For Hicks, the module helps players explore characters that are less hemmed in by their fantasy species.

"I don't like that we are bound to those stereotypes, to be honest. If there is an orc wizard, who has spent the first three lives as a wizard literally just reading and learning and understanding, it would make sense if they're smarter, rather than stronger."

Hicks isn’t alone in this pursuit: other D&D players and designers have stepped up to try and address how the game handles race. Game producer Eugene Marshall's "Ancestry and Culture" supplement crowdfunded $7.5K on Kickstarter with the explicit goal of rethinking race in D&D.

In an interview with Newsy, Marshall said: "How do I remove that unpleasant part, but still make it feel both like the D&D, and also I want it to be something anybody can just pick up and use without any trouble?"

Marshall says D&D's default approach echoes the real-world concept of racial essentialism: the discredited idea that racial groups are defined by unique biological or genetic differences, rather than by social values.

"Nowadays, the only people that really believe this in the real world are, well, people that either don't realize what they're saying, they aren't educated on the issue, or they're people that are quite intentionally doing it, and they're using it as a racist ideology," Marshall said.

Racial issues run throughout fantasy stories as a whole: author J.R.R. Tolkein's infamous description of orcs as the "least lovely Mongol types" has continued to haunt the genre. Regardless of any actual malice on the author's part, fantasy stories typically derive from a time with a much different understanding of race.

Helen Young is a literature professor at Australia's Deakin University, and the author of a book examining racial analogues in fantasy literature.

Young told Newsy: "They present certain ideas, and we don't tend to be very actively thinking about what ideas we get from popular culture, we consume it as entertainment."

"In the reality we live in race is a social construct. There's no kind of genetic evidence for it existing — but in fantasy worlds, there is, right? So they're really, literally, racist fantasies."

And that can enable bad actors to exploit those narratives: white supremacist website Stormfront infamously maintained a section on "The Lord of the Rings" movies for a time.

Derek Black, a former white nationalist, told The Daily in 2017 that he added the "Lord of the Rings" section to Stormfront because, "I figured you could get people who liked with such a white mythos, a few turned on by white nationalism."

Dungeons and Dragons didn't create these trends, of course, and it's not solely responsible for ending them. But as more and more people flock to the game, the game is facing an increasing need to expand its storytelling to fit its audience.

"I love this game. But no person or corporation in general is infallible. And you want to hope for the best, but you also still have a personal right to want to hold people accountable."