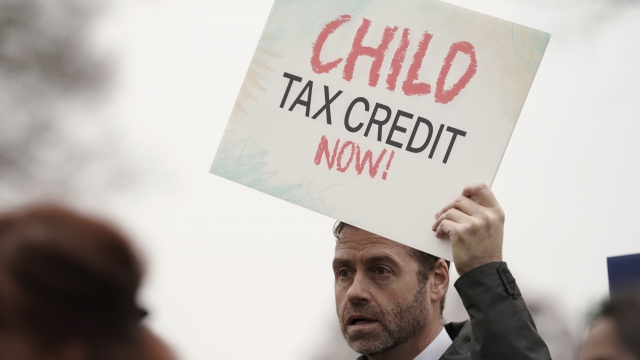 Some lawmakers are trying to sneak a version of the expanded child tax credit back into law by including it in the federal budget.

If you're a football fan, you're likely familiar with a Hail Mary pass.

That's a pass that has low odds of actually being completed, but you try it anyway because, in theory, it could work.

On Capitol Hill, a different game is being played — the game of politics. But lawmakers are attempting a Hail Mary pass nonetheless this week with negotiations over the expanded child tax credit — and possibly bringing it back.

Parents no doubt remember the expanded child tax credit that was implemented in 2021. The benefit gave qualifying parents $250 per child each month ($300 for each child under the age of 6).

Studies show that as a result of the benefit, child poverty was cut in half last year.

The numbers are not out yet for this year, but many expect child poverty to rise because this benefit went away in 2022.

Experts are seeing promising results when it comes to lowering the child poverty rate.

Some lawmakers on Capitol Hill are trying their own version of a Hail Mary by sneaking a version of the expanded child tax credit back into law by including it in the federal budget. Lawmakers are hoping to pass something by the end of the week.

Currently, there are three groups on Capitol Hill: Group 1 wants the old expanded child tax credit back with no changes. That group consists mostly of Democrats.

Group 2 doesn't want the benefit back at all over cost concerns. That group consists of conservatives.

Group 3, however, wants changes to the expanded child tax credit to improve it and bring it back. That group consists of Democrats and Republicans, which is why there is a slim chance this passes.

A big sticking point is work requirements. Some don't want this going to people who aren't working.

Another issue is income requirements. A couple earning $150,000 qualified last time, and some say that is too much.

All of this is expected to be decided this week. The new Congress takes over Jan. 3.