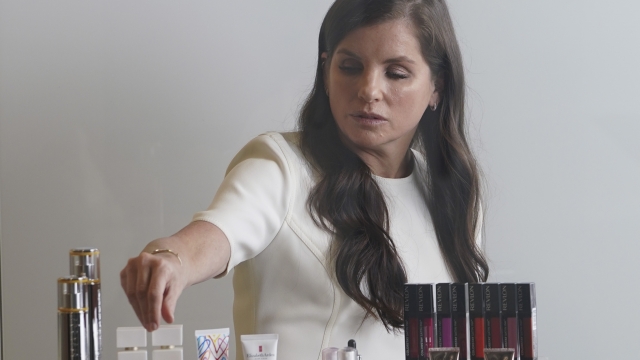 It's the first major bankruptcy of a rocky economy that many experts think could be headed for recession.

The company is filing for Chapter 11 protection this week in the first major bankruptcy of a rocky economy that many experts think could be headed for recession.

"Whether we technically get to a recession or not, we don't know, but we think it is unfortunately going to be heading in that direction," Investment Portfolio Manager Jim Russell said.

The company is blaming supply chain for its woes and its complicated financial structure for its inability to adapt.

The move is sparking concerns that more bankruptcies could be on the way as the president calls out shipping companies for raking in profit, while overwhelmed ports struggle to get goods off to stores.

"The Senate passed legislation," President Joe Biden said. "I'm hopeful the house is going to act soon to crack down on these companies and as I've asked, and lower the cost."

And while companies like Revlon drowned in supply shortfalls, big retailers, like Target, find themselves overstocked and correcting by selling items for half the cost, eating into profit.

"Inventory's a tough one," Russell said. It’s tough to get right and it’s clear that a couple of the big retailers maybe miscalculated."

"Really, around 2018 we began to see issues with supply chain, in part, because of trade policies and with COVID," Economics Professor Dr. Chris Bollinger said.

The hope, of course, is that the higher interest rates will cool off white-hot spending. It's a corrective action for a Fed that many experts say waited too long to right the ship.

"They're behind the curve. They know it," said Greg McBride, Bankrate.com Chief Financial Analyst. "And the only way they're going to get there is by taking these larger steps toward interest rates that are not stimulative to the economy, but can be instead be used to bring inflation down."

Hopefully, it will let companies dragging behind a scuttled supply chain get back on track. And ultimately avoid repeats of Revlon's fortune.

"The reality of it is, with inflation at a 40-year high and interest rates that are at record lows, a recession may be the price we have to pay to get inflation under control," McBride continued.