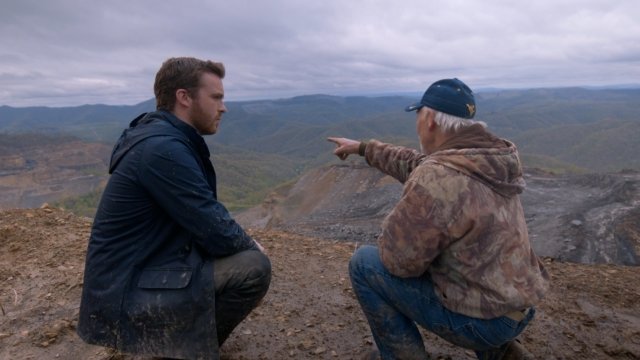 An explosive form of coal mining could have deadly consequences for West Virginia, where neighbor is pitted against neighbor and economic opportunity is weighed against clean air and water.

Our new series "Revolt" explores these issues in a new context that's focused on Middle America. This is the third of six episodes that debut weekly.

The wind energy industry is reshaping life in Middle America, bringing new jobs and revenue to the heartland.

Full source list and bibliography:- "Only 1 percent of U.S. coal comes from mountaintop removal." — The Washington Post- "But these sites take up 10 percent of the land in central Appalachia." — Duke University- Maria Gunnoe is an activist and the winner of the Goldman Prize and Wallenberg Medal. — The Goldman Prize, The Wallenberg Legacy - "More than two dozen peer-reviewed studies have found a human health impact from mountaintop removal mining." — WV Public Broadcasting, Al Jazeera America- "In an area with mountaintop removal, one study showed the odds of reporting cancer were twice as high compared to a non-mining area in West Virginia." — Journal of Community Health (full version here)- "Another study showed newborns were especially at risk. Rates of heart defects in newborns were 181% higher in areas with mountaintop removal." — researcher testimony to the U.S. House of Representatives, Environmental Research journal (full version here)- "Altogether, researchers estimate 1,460 excess deaths in mountaintop removal areas every year." — U.S. House of Representatives testimony- Lung cells exposed to chemicals released by mountaintop removal developed cancer and tumors. — Environmental Science and Technology- A survey found poorer health conditions self-reported in areas near mountaintop removal sites. — American Journal of Public Health- A geographical analysis finds higher rates of cancer mortality in areas near coal mining sites. — Geospatial Health- "The industry has aggressively countered these health claims through its own channels, even funding a research center at Virginia Tech University." — Trib Total Media- "This new study, begun in 2016, is funded by the federal government and staffed by a panel of experts."— National Academies of Science, Engineering and Medicine- "Coal executives ... have donated heavily to [Donald Trump's] party and his campaigns. — Vice News, Open Secrets- "For decades, the amount of coal produced in the U.S. has remained relatively stable, but coal companies employ less than half the workers they did in 1980." — The Brookings Institution- "A report from the Charleston Gazette-Mail shows the [National Academies] study is actually being singled out while other studies are allowed to continue." — Charleston Gazette-Mail

Editor's note: After publication, Coal River Mountain Watch reached out to emphasize its focus on the Appalachian Community Health Emergency Act, proposed to Congress, which aims to halt mountaintop removal by creating a moratorium on new or expanded permits until a definitive federal health study concludes that the practice does not pose a threat to residents' health.