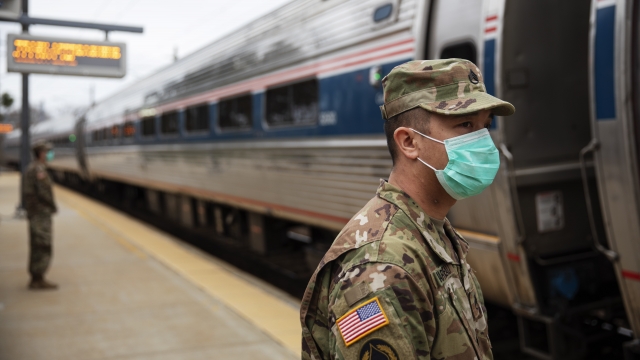 Rhode Island's National Guard and police are stopping vehicles with New York plates in a bid to curb the spread of coronavirus. Troops are also guarding transit hubs and officers are going door to door in coastal communities, asking if there are visitors from New York.

That's as a result of a new directive Gov. Gina Raimondo announced Friday. It is meant to inform anyone coming from New York that they're required to self-quarantine for two weeks. New Yorkers who don't heed the quarantine order face a $500 fine and up to 90 days behind bars.

But the ACLU of Rhode Island argues that a New York license plate alone isn't probable cause to pull someone over. Raimondo acknowledged the move is extreme. But she insists its necessary and proper under federal guidelines.

She told reporters: "I believe that in light of the crisis, in light of the fact that New York City is a hot spot, their infection rate is skyrocketing, and they're so close to Rhode Island, in my judgement this is the most prudent course of action in light of the totality of the circumstances."