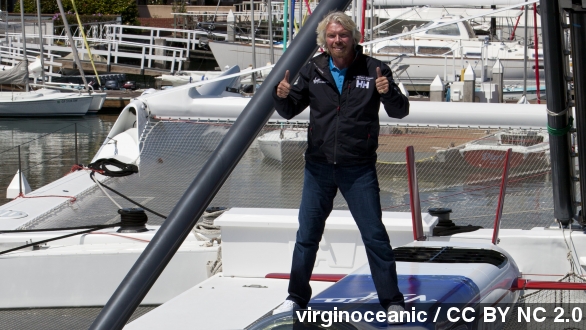 Virgin Oceanic has confirmed its deep-sea exploration plans have been canceled due to safety concerns.

Sir Richard Branson's plans to explore the world's deepest oceans have been scrapped.

The Virgin Oceanic project was first unveiled in 2011, and planned to use an 18-foot deep-sea submarine called DeepFlight Challenger to carry out five dives —one to each of the deepest points of the Earth's five oceans all in two years' time.

Branson said he intended to pilot the second dive to the Puerto Rico trench in the Atlantic Ocean himself.

Virgin Oceanic planned to charge submarine passengers or "aquanauts" up to $500,000 to ride along.

But now, three years later, Virgin has confirmed the project has been canceled over safety concerns.

Deepflight, the company that built the sub, told The Telegraph it could not support the project because the submarine could only be safely used for one dive.

And multiple outlets are noting a statement Branson put on the Virgin group website months ago that seemed to imply the project was going to be shelved.

In it, Branson said, "We are now widening the focus of the project and looking for new technology to help us explore the ocean and democratise access at reduced cost and increased safety."

This decision to cancel the project comes after Branson's Virgin Galactic spaceship exploded in October, killing one test pilot and injuring another.

The spaceship was part of Branson's plans to offer commercial space flights for high paying customers.

After the crash, many future Virgin Galactic passengers who had already put their deposits down began demanding money back and canceling their flight plans.

This video includes images from Getty Images and virginoceanic / CC BY NC 2.0.