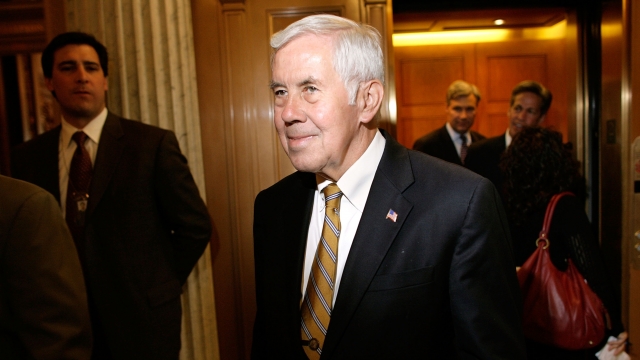 His non-profit organization, The Lugar Center, said he died from complications of a neurological disorder called chronic inflammatory demyelinating polyneuropathy.

The Republican lawmaker served as the mayor of Indianapolis for two terms before he was first elected to the U.S. Senate in 1976.

During his 36 years on Capitol Hill, Lugar helped create a program to obtain and dismantle nuclear weapons held by the former states of the Soviet Union following the Cold War. The Defense Department credits the program with the deactivation of more than 7,500 nuclear warheads.

He later created The Lugar Center and was awarded the Presidential Medal of Freedom.

Lugar is survived by his wife, four sons and numerous grandchildren.