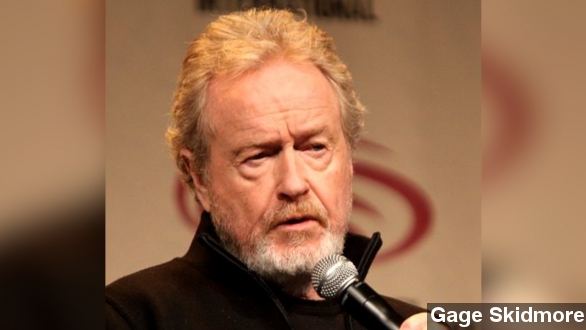 The Oscar-nominated English director is reportedly a big sports fan and wants to explore the effects of concussions on football players.

Oscar-nominated director Ridley Scott has his sights set on a new project — and it’s a potentially controversial one.

Deadline broke the news Thursday afternoon, reporting Scott wants to film a sports drama focusing on: “ ... the debilitating effects that concussions are having on our sports heroes, and the role that league owners play in allowing it to happen.”

Scott is currently in the midst of directing biblical epic "Exodus," starring Christian Bale as Moses, but Deadline reports he has already started meeting with writers to tackle the script. (Via Daily Mail)

This is a topic that has come increasingly under the microscope in recent months.

The announcement came the same day Pro Football Hall of Fame running back Tony Dorsett announced he’s been diagnosed as having signs of CTE, a degenerative brain condition many scientists believe is caused by repeated head trauma. (Via ESPN)

That’s the same condition found in the brain of former NFL linebacker Junior Seau. Seau committed suicide in 2012, shooting himself in the chest. (Via ABC)

Symptoms of CTE include memory loss, short temperedness and depression.

In August, the NFL reached a $765 million settlement to a lawsuit filed by more than 4,500 former players. The money will go towards compensating victims, as well as medical research. (Via The New York Times)

Still, the league refused to admit any wrongdoing when it comes to player safety. So it’ll be interesting to see how much the league cooperates with Scott’s film, if at all.

The league did not cooperate with PBS in the making of a scathing documentary, titled "League of Denial," or the book of the same name. (Via PBS)

Ridley Scott’s latest film, "The Counselor," is out to mixed reviews. The Wrap also reports he is in the process of developing sequels to both "Prometheus" and "Blade Runner."