The 'Greatest' (Or 'Cruelest') Show On Earth Is About To End 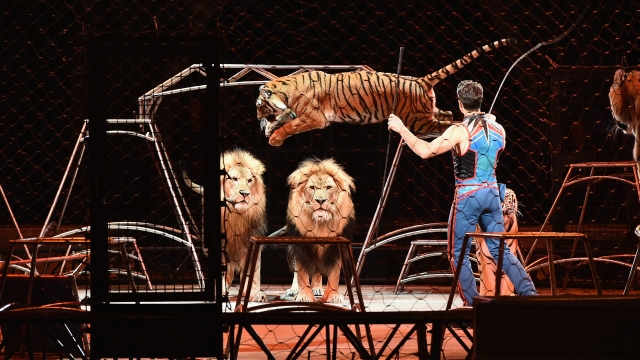 The Ringling Bros. and Barnum & Bailey Circus is performing its final show on Sunday.

When Ringling performs its last show on Sunday, it will be the end of an era.

The Ringling Bros. and Barnum & Bailey Circus has been a mega-act for roughly 100 years. It pioneered entertainment with traveling shows, incredible stunts and trained animals.

Those animals have always been at the heart of the controversy, though. Animal rights activists have called it the "cruelest show on Earth." For years they've accused Ringling of abusing animals during and after training.

Ringling's parent company has blamed the end of the run on low ticket sales and high operating costs. It added that ticket sales dropped further after Ringling stopped using elephants in its acts.

Those elephants have been brought to Ringling's conservation center, though animal rights advocates have criticized the conditions at that sanctuary as well.

Ringling hasn't said where specifically the rest of the animals will be going after Sunday's show, just that conservation centers have already been found for all the animals.