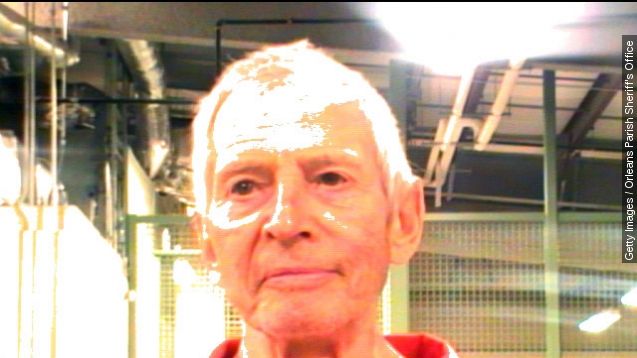 The real estate heir has agreed to be moved from Louisiana to Los Angeles before August for an arraignment.

Robert Durst has agreed to be moved from Louisiana to Los Angeles by August for an arraignment for a pending murder charge.

The millionaire real estate heir returned to the spotlight in the HBO documentary "The Jinx."

Durst was implicated in the 1982 disappearance of his wife, but he was never arrested. He was acquitted in the killing and dismemberment of his neighbor in 2001. (Video via CBS)

But a case involving the murder of a friend in 2000 was reopened after he apparently admitted to killing all three. When he was off camera during the filming of the HBO documentary, his mic picked up the apparent confession. (Video via HBO / "The Jinx")

Durst was arrested on a federal gun charge in New Orleans in March. Authorities in Los Angeles initially issued an extradition warrant for the murder charge around that time.