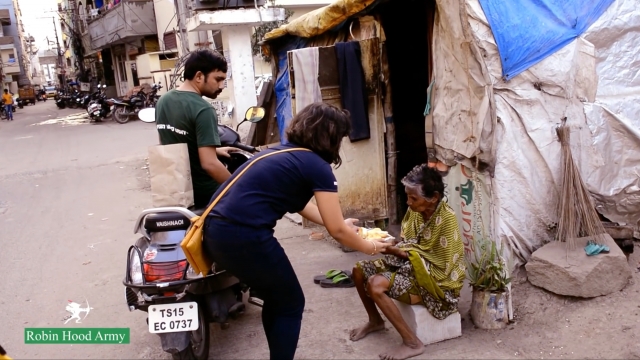 The group has fed more than a million people in India and Pakistan.

Volunteers in India and Pakistan are taking leftovers from "the rich" to feed the poor.

That's why the group is called the Robin Hood Army. Over 6,500 volunteers work with local restaurants and venues to get leftover food to those who are hungry. So far, more than a million people have been fed.

"All [the restaurants] need is someone to take the initiative of getting the food to the right people," co-founder of Robin Hood Army Pakistan Sarah Afridi said.

The United Nations estimates that India has 194.6 million people who are undernourished —  the second-highest number in the world. Pakistan has 41.4 million.

But besides feeding the hungry, the Robin Hood Army is also helping eliminate food waste.

Discarded food means the resources used to produce it were also wasted.