Roberts shared the news that she and her longtime partner, Amber Laign, will be tying the knot this year.

For two decades, Robin Roberts has shared many aspects of her personal life with viewers as a host on “Good Morning America.” This week, she announced her upcoming wedding plans on the show.

While interviewing best-selling author and motivational speaker Gabby Bernstein, who spoke about starting the new year strong, Roberts shared the news that she and her longtime partner, Amber Laign, will be tying the knot this year.

“I’m hesitating because I haven’t said it out loud yet — I’m saying yes to marriage,” Roberts told Bernstein in a video clip she posted on Instagram. “We’re getting married this year. It was something we had talked about. We had put it off, she became ill, but it is saying yes to that, and that next chapter.” 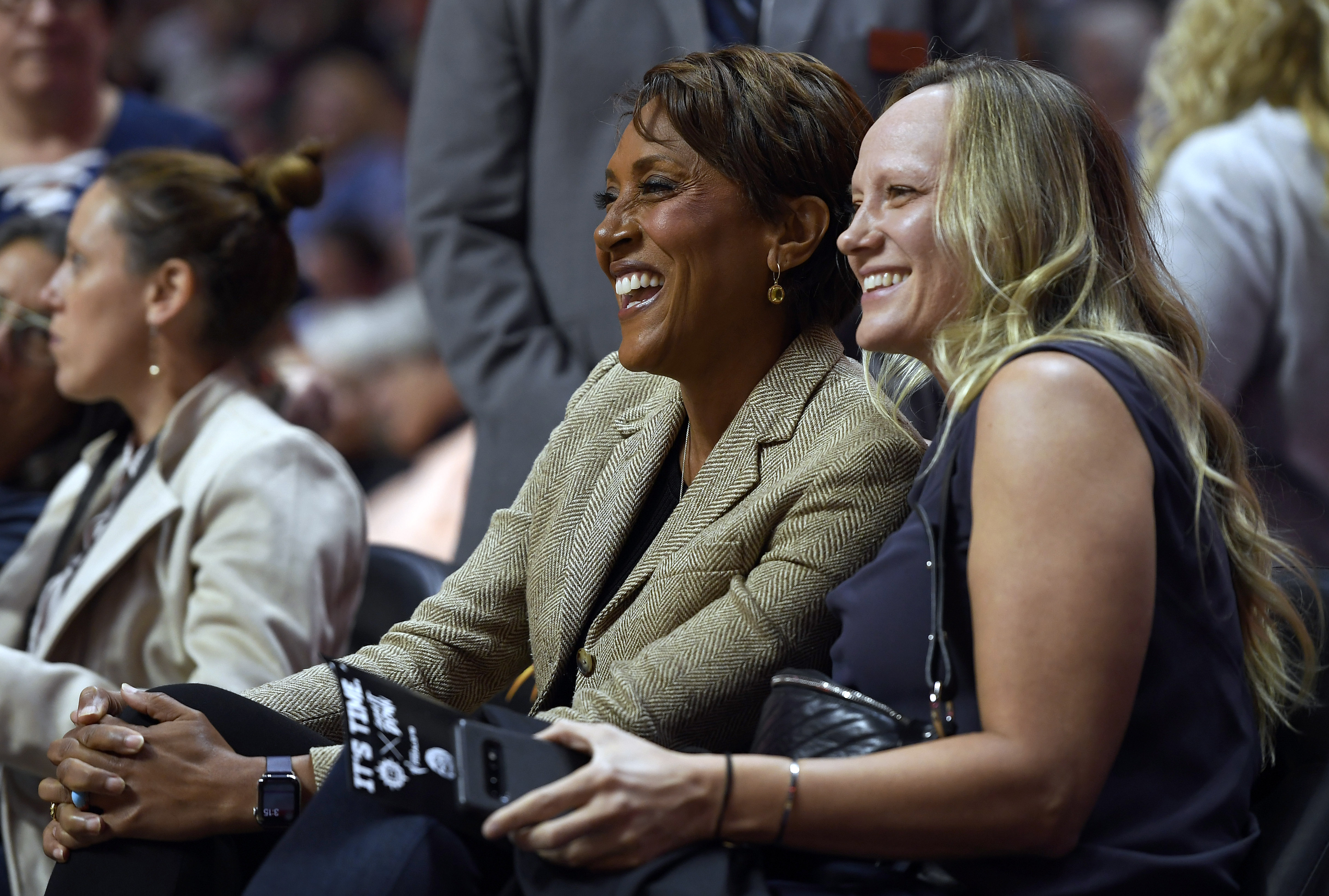 The couple began dating in 2005 after mutual friends set them up on a blind date. Roberts publicly announced their relationship in 2013 when she mentioned Laign in a Facebook post reflecting on her health struggles.

"At this moment I am at peace and filled with joy and gratitude," she wrote in the post. Later she added, "I am grateful for my entire family, my long time girlfriend, Amber, and friends as we prepare to celebrate a glorious new year together."

Laign, a massage therapist and founder of Plant Juice Oils, wrote lovingly of Roberts in a 2020 post to mark the couple's 15 years of romance.

Although they had discussed marriage in recent years, health issues got in the way. Near the end of 2021, 48-year-old Laign was diagnosed with breast cancer.

Although her prognosis is good, Laign did endure chemotherapy and radiation. Unfortunately, the grueling treatments seemingly put any wedding plans they had on hold until now.