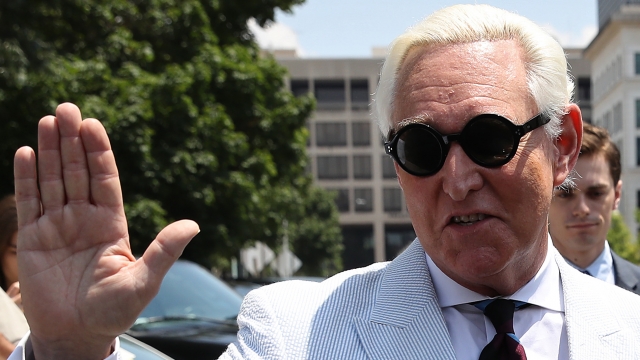 ​A judge ruled several of Stone's social media posts violated a gag order that restricted him from making any public comments about his case.

During a hearing on Tuesday, the judge ruled that several of Stone's social media posts violated a gag order that restricted him from making any public comments about his case. As such, she ruled that Stone now cannot post about anything on those major social media platforms — political or otherwise. The judge decided not to hold Stone in contempt or revoke his bail bond.

Stone, a longtime associate of President Donald Trump, was indicted back in January on seven counts brought by Robert Mueller's team, including making false statements, witness tampering and obstruction of an official proceeding. His trial is scheduled for November, and he has pleaded not guilty.