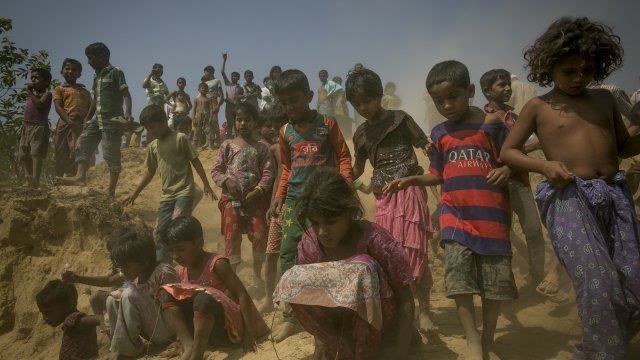 Abuses in Myanmar are driving out some of the Rohingya population. But their new home isn't free of problems.

The Rohingya are a Muslim minority in Myanmar. They aren't recognized by the country's constitution and can't get citizenship.

Attacks have caused tens of thousands of Rohingyas to flee to Bangladesh — which is near Myanmar.

Bangladesh's officials have called out Myanmar for causing the migration.

Refugees International estimates half a million Rohingyas are undocumented in Bangladesh.

Without Bangladesh recognizing them, they aren't eligible for aid, like food and shelter. That means overcrowding and hunger are persistent problems.

Refugees International says only about 10 percent of people who need aid are getting support.

Refugees International also warns that Rohingya refugees in Bangladesh are at risk for trafficking.

Refugees International says the population not only needs essentials, but also the ability to access education and to feel safe returning to Myanmar.