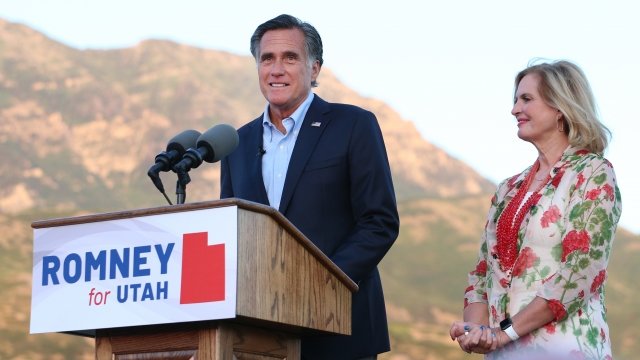 The former presidential candidate beat out state lawmaker Mike Kennedy on Tuesday. The two were forced into a primary after neither received enough votes to secure the nomination at the state convention earlier this year.

Romney is running to replace Sen. Orrin Hatch, who announced earlier this year he's retiring at the end of his term.

Romney now will face off against Democrat Jenny Wilson in the November general election.