DOJ Says It Will Publicly Call Out Election Influence Campaigns 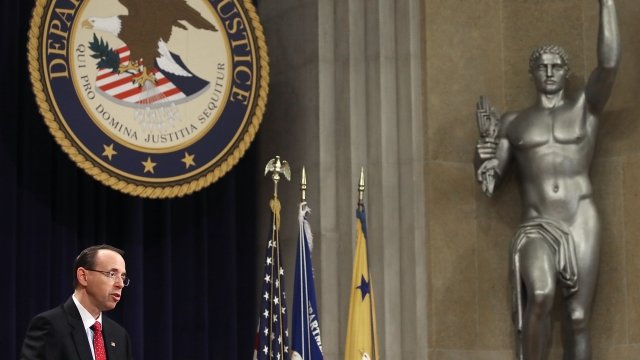 The Obama administration was slow to call out interference in 2016 out of fear of looking political.

The Justice Department has a plan to combat interference in the 2018 election cycle.

At the Aspen Security Forum in Colorado, where Rosenstein talked about this new plan, a Microsoft executive said the company helped thwart attempts to hack at least three political candidates this year. It's not clear if they originated in Russia, like in 2016.

In 2016, the Obama administration was slow to publicly talk about election interference and to blame it on Russia, fearing doing so would look politically motivated. Rosenstein addressed that notion head-on in Aspen.

"Partisan, political considerations must play no role," Rosenstein said. "Our government does not take any official position on what people should believe or how they should vote. But it can and should protect them from fraud and deception perpetrated by foreign agents."