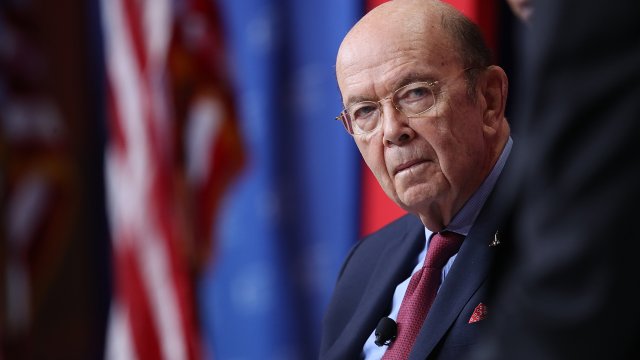 In an interview with CNBC, Ross said "anticipatory work" has been done on a trade deal with China. But he added that trade is very complicated.

Commerce Secretary Wilbur Ross isn't confident that the trade war between China and the U.S. will end anytime soon.

"We're miles and miles from getting a resolution," Ross said.

In an interview with CNBC Thursday, Ross said "anticipatory work" has been done on a trade deal with China. But he added that trade is very complicated and there are "lots and lots of issues."

Officials from both sides are expected to meet in Washington next week to talk about ending the trade war, which has gone on for months now.

China and the U.S. have slapped tariffs on hundreds of billions of dollars of each other's goods since the dispute started. And President Donald Trump has threatened to up the ante and increase those tariffs if negotiators can't come to an agreement by March 1.

But other U.S. officials are more hopeful about the negotiations.

In a video message played at the World Economic Forum, Secretary of State Mike Pompeo said he's optimistic about the next round of trade talks.