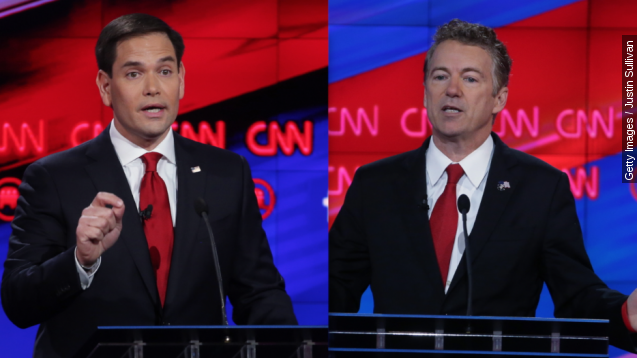 Senators Marco Rubio and Rand Paul went at it in the CNN debate. But whose side are the American people on?

Rubio vs. Paul on surveillance.

"Marco gets it completely wrong. We are not any safer through the bulk collection of all American's records," Sen. Rand Paul said during the final GOP presidential debate of 2015.

They're talking about the NSA's bulk phone snooping program.

It was shut down by the USA Freedom Act.

Which a majority of Americans probably liked.

According to Pew, 54 percent of Americans disapprove of mass phone / Internet data collection.

So who won: Rubio or Paul?

"You have to ask them about that. I don't want to get in between them. Let them fight," Dr. Carson said when asked who won the back and forth.