Rumor: Microsoft Might Step In And Buy AOL’s Winamp 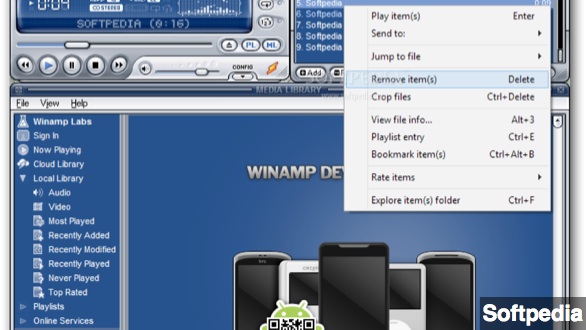 An anonymous insider says Microsoft might buy up the 15-year-old Winamp jukebox software.

​Rumors of Winamp's death might have been greatly exaggerated.

Okay, so news of its imminent shutdown wasn't a rumor, but TechCrunch is citing an inside source that says that the venerable music software could get a new lease on life, courtesy of Microsoft.

According to this unnamed insider, Microsoft has approached AOL about buying up both Winamp and Shoutcast, a piece of cross-platform streaming software made by the same parent company. (Via Wavestreaming)

But it’s not clear what Microsoft would stand to gain from such an acquisition. It already owns radio platforms, including Xbox Music and the streaming NokiaMusic service it acquired in its recent deal for the handset maker.

TechEye expects Winamp wouldn't have much to do alongside Microsoft's established software.

"Shoutcast has a platform that acts as a portal to over 50,000 radio stations which might find a use in the Xbox Music platform but WinAmp would be a little surplus to requirements."

And what of price? AOL paid more that $80 million in stock when it first bought Winamp. That's just shy of $109 million in 2012 dollars, after you adjust for inflation.

It's not known what Microsoft would pay, though TechnoBuffalo thinks "Microsoft could be getting a deal if AOL was planning to shut both services down anyway."

Both companies reportedly declined to comment. Anybody know any good hold music?