Run, Run, Rudolph; Google's Going To Replace You With A Robot 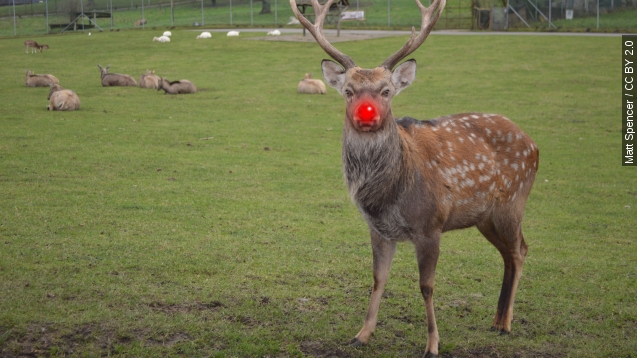 Google's Boston Dynamics tossed some antlers on Spot to wish everyone happy holidays. It's not creepy at all.

Remember Rudolph? He was a bit of an oddball. (Video via NBC / 'Rudolph, the Red-Nosed Reindeer')

But he got to lead Santa's sleigh. (Video via Jam Handy Organization / 'Rudolph the Red-Nosed Reindeer')

Spot is one of the robotics firm's smallest four-legged creations. (Video via Google)

But he's tough, fast and — who knows — maybe he can even fly. (Video via Google)

Though, we're pretty sure that would put Google on the FAA's naughty list. (Video via Google)