While All Are Watching The US Election, Russia Is Focusing On Syria 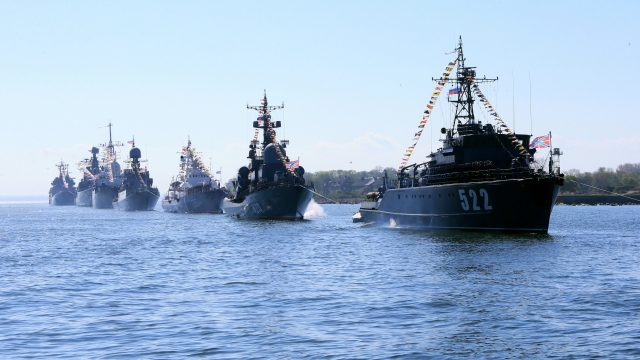 Russia appears to be restarting airstrikes in Syria to coincide with the U.S. presidential election, according to reports from Russian media.

It seems like everyone in the world is focusing on the U.S. presidential election, so Russia's military is apparently taking advantage of that.

According to a source inside the Kremlin, Russia's navy could launch large-scale airstrikes near the Syrian city of Aleppo within 24 hours of ballots being cast in the states.

SEE MORE: Clinton's Plan For Russia Would Likely Be The Opposite Of Trump's

The source told a Russian news agency the strikes are targeting terrorist groups trying to enter the besieged city.

The navy is reportedly moving its only aircraft carrier, the Admiral Kuznetsov, toward Syria to begin strikes on ISIS targets outside Aleppo. That would be the first time Russia has actually used an aircraft carrier in combat.

Russia's bombing campaigns in Aleppo were briefly halted to let civilians and rebels get out, but it appears that break in the fighting could be over.