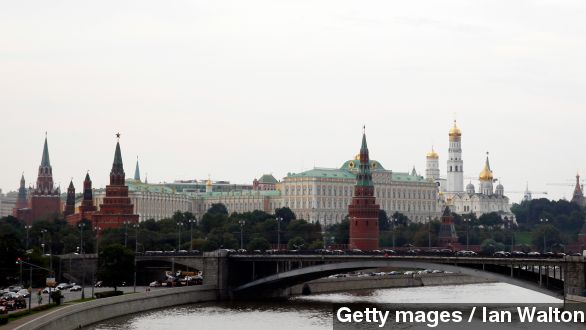 Lawmakers on Capitol Hill have approved a new round of sanctions against Russia. Moscow warned it will "react" if President Obama signs the bill.

The U.S. could be headed into another tit-for-tat sanctions game with Russia. The Kremlin is now threatening to “react” if Washington imposes more sanctions.

Keep in mind, Russia has already “reacted” to previous sanctions by restricting food imports from the West. That response backfired — sending both grocery prices and inflation soaring. (Video via Voice of America)

Despite the fallout, Moscow says it will again impose unspecified “countermeasures” should President Obama sign this bill — passed unanimously by Congress this week.

Along with authorizing major sanctions on Russia’s energy and weapons sectors, it also allows for — but doesn’t require — the U.S. to provide $350 million in lethal and non-lethal aid to Ukraine’s cash-strapped military. (Video via Ukraine Today)

Meaning, the U.S. could potentially provide anti-tank weapons, ammunition and surveillance drones to the soldiers fighting Russian-backed rebels in the country’s east.

The bill is now headed to the president's desk to sign. Although he hasn’t taken an official position on it, he’s indicated he's reluctant to move forward unless Europe does too.

"Where Putin will succeed is if it creates a rift in the transatlantic relationship.  If you start seeing Europe divided from the United States that would be a strategic victory.  And I’m intent on preventing that,” Obama said. (Video via The White House)

Many European countries are hesitant to impose new sanctions because their economies are closely tied with Russia’s. The EU gets about a third of its natural gas from Russia. (Video via Euronews)

As for the current round of sanctions, Ukrainian President Petro Poroshenko says they seem to be working. On Friday, Ukraine saw its first day in seven months without a military or civilian casualty, which he pointed to as proof.