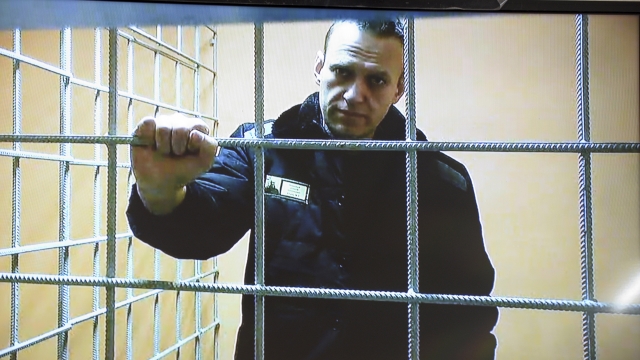 Charges could keep him in prison for another 15 years if he's convicted.

Navalny said on Instagram that an investigator visited him in prison to declare that the authorities have opened a new investigation against him on charges of "creating an extremist group to fan hatred against officials and oligarchs" and trying to stage unsanctioned rallies.

He added that the charges could keep him in prison for another 15 years if he's convicted.

Navalny, the most determined political foe of Russian President Vladimir Putin, was arrested in January 2021 upon returning from Germany, where he had been recuperating from nerve-agent poisoning that he blames on the Kremlin, and handed a 2½-year sentence for a parole violation.

In March, Navalny was sentenced to nine years in prison on fraud and contempt of court charges he rejected as politically motivated, a move that signaled an attempt by the authorities to keep him behind bars for as long as possible.

The new sentence followed a year-long Kremlin crackdown on Navalny's supporters, other opposition activists and independent journalists in which authorities appear eager to stifle all dissent.

Navalny's close associates have faced criminal charges and left the country, and his group's political infrastructure — an anti-corruption foundation and a nationwide network of regional offices — has been destroyed after being labeled an extremist organization.