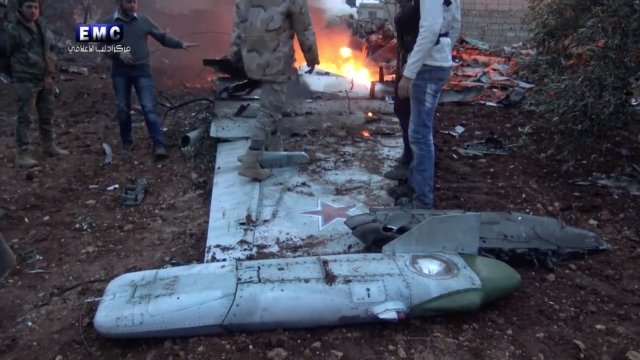 Russia confirmed one of its aircraft was shot down and that the pilot died.

It's unclear who was responsible.

Russians are helping Syrian President Bashar al-Assad as his regime tries to take back territory occupied by rebels and militant groups. If rebels are responsible, it would be the first time they've shot down a Russian fighter jet since operations started in 2015.