How Vladimir Putin Could Be Russia's President For 4 Terms 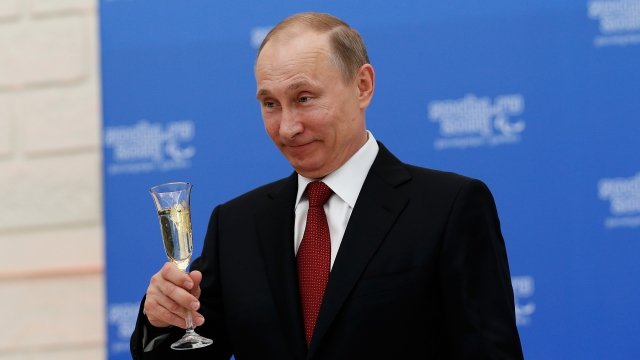 If Russian President Vladimir Putin wins the upcoming election, it could be his last term as president — at least for a while.

Putin said Wednesday he plans to run for re-election. So far, he's served three terms as president and one term as prime minister.

Russian presidents can only serve two consecutive terms in the office. But there's no rule saying they can't run again after sitting out one round.

That's what Putin did before. He served two four-year terms as president from 2000 to 2008, then one as prime minister, and then got elected as president again in 2012.

Russia extended the presidential term in 2008 from four years to six years under its then-president and Putin right-hand man, Dmitry Medvedev. If Putin wins the 2018 election, he could be in power until 2024.

RT reports an "unprecedented" number of women will also run in the upcoming election. But according to polls, no one has a real shot of defeating Putin.