Russian Opposition Leader Alexei Navalny Is Out Of Jail — For Now 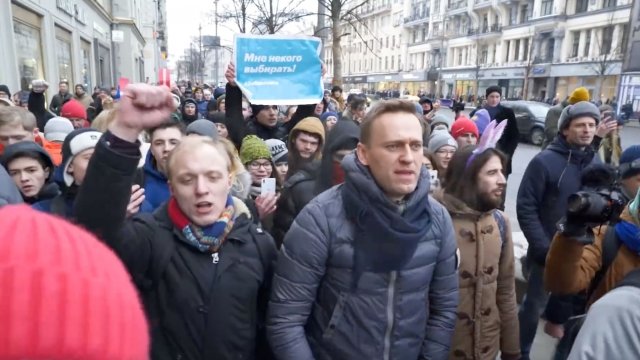 After being arrested Sunday, Navalny was released until trial.

Navalny tweeted that he was released until trial, but he could still face up to 30 days in jail if found guilty of illegally organizing a protest.

A video of Navalny's arrest posted on social media shows him being pushed to the ground by police and dragged into a police van.

Tillerson Calls Out Russia For Not Holding Syrian Regime Accountable

The U.S. Secretary of State said Russia has defended the Syrian regime's use of chemical weapons on its own people.

Navalny called for the anti-Kremlin protests back in December. Throughout Russia, thousands of demonstrators showed up Sunday to protest the upcoming presidential election.