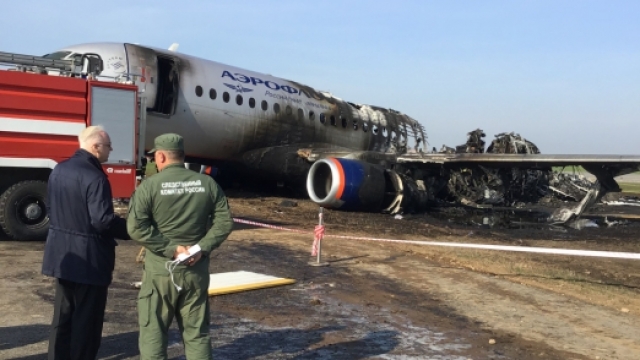 Investigative Committee of the Russian Federation

A Russian Aeroflot passenger plane burst into flames as it made an emergency landing Sunday. The plane had just taken off from a Moscow airport when it was forced to turn back.

Officials report 41 people died. There were 78 people on board. Russian media report that the pilot said the plane lost radio communications after a lightning strike.

Passengers and crew on board confirmed the lightning, saying it may have contributed to the crash.

Russia's transportation minister briefed President Vladimir Putin on the situation. Russia will form a state commission to investigate the circumstances of the crash. Russia's investigative committee has started a criminal investigation over the possibility that a violation of traffic safety and operation of air transport may have contributed to the crash.

The Russian government also said it will provide all necessary assistance to the victims and that victims and families of those killed in the crash will receive payment through Aeroflot, insurance companies and Russian regions.