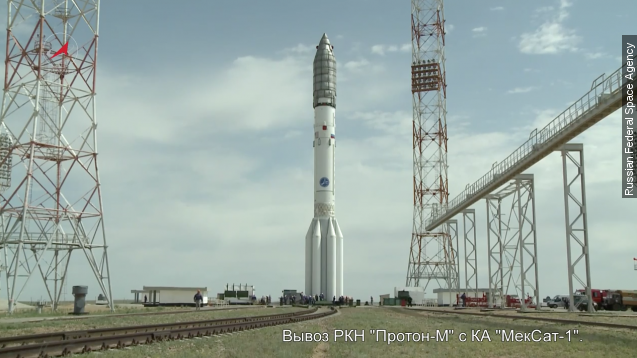 A Russian rocket carrying a Mexican satellite burned up in the atmosphere. It's Russia's second failed space mission in a month.

For the second time in three weeks Russia's space agency experienced a failed mission. A Russian rocket carrying a Mexican satellite lost control less than 10 minutes after its launch, according to Russian news agencies.

The Proton-M rocket burned up in the atmosphere, according to RT.

"Well, the launch all went according to plan however in minutes there was an engine failure," RT reported.

This comes just a few weeks after a Russian craft on its way to the International Space Station spun out of control.

The Proton rocket has had issues before, including this dramatic crash in 2013.

Mexico's Ministry of Transportation and Communications said it will launch a similar satellite from Cape Canaveral, Florida, on a Lockheed Martin rocket in October.