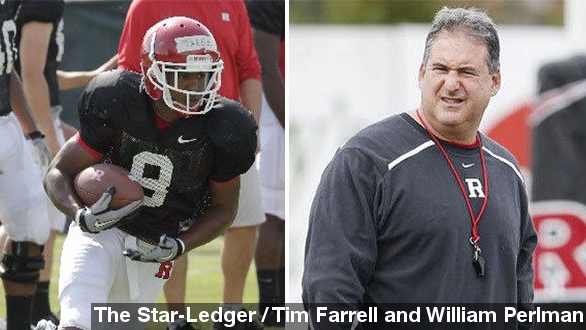 Rutgers University is finding itself in a familiar spot after a former football player accused the team's defensive coordinator of bullying.

Nineteen-year-old redshirt freshman Jevon Tyree accused defensive coordinator Dave Cohen of calling him offensive names and threatening to head-butt him this past spring. (Via WPVI)

In an interview with The Star-Ledger, Tyree and his parents said he was ultimately ostracized from the team after the suspected incident. Tyree's father told the paper he thinks major steps need to be taken:

"I really think disciplinary action should happen, almost to the point where [Cohen] should get fired. I really do. ... That's how bad it is, especially for the damage he's done to Jevon."

Interestingly, the alleged abuse against Tyree happened the same month Rutgers fired head basketball coach Mike Rice after coming under fire for verbal and physical abuse of his players. (Via ESPN)

In a statement released Friday, Rutgers said the situation was dealt with shortly after it happened this past spring and added it was "resolved to [his father's] satisfaction." (Via WCBS)

But the family says otherwise — telling The Star-Ledger while they met with officials, they did not reach a satisfactory conclusion.

Ultimately, Tyree decided to quit the team on Nov. 6. He said he was excluded from team meetings and got little to no practice time. (Via ABC)

Rutgers says Cohen was reprimanded after the alleged verbal abuse. Tyree was at Rutgers on an athletic scholarship, but says he plans on transferring to play football for another school