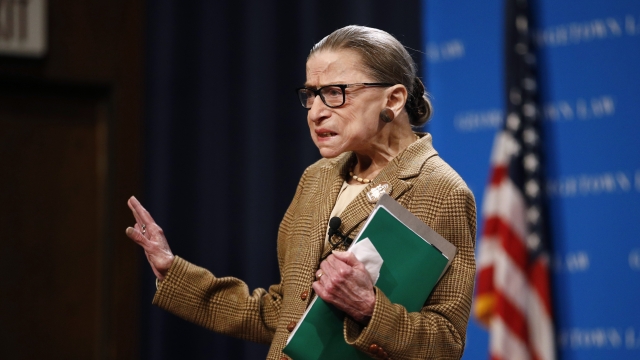 The "minimally invasive" procedure replaced a bile duct stent that the Supreme Court justice had inserted in 2019.

The "minimally invasive" procedure replaced a bile duct stent that Ginsburg had inserted in 2019. Citing her doctors, the court said this type of replacement is common and is done to "minimize the risk of future infection."

The 87-year-old expects to be released from the hospital by the end of the week.

This is Ginsburg's second hospitalization this month. She also recently revealed she's been undergoing treatment for a recurrence of liver cancer.

Ginsburg's health complications have not impacted her ability to participate in Supreme Court proceedings. She even heard oral arguments from her hospital room back in May while recovering from an infection.

In a recent statement issued by the court, Ginsburg said, "I have often said I would remain a member of the Court as long as I can do the job full steam. I remain fully able to do that."