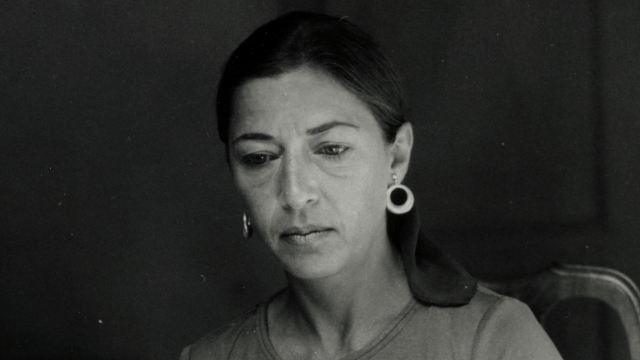 Ruth Bader Ginsburg famously said, “Women belong in all places where decisions are being made.” Here are the ways she tried to make that happen.

Collection of the Supreme Court of the United States via AP

Ruth Bader Ginsburg famously said, “Women belong in all places where decisions are being made.”  She spent her life making sure that happened.

As a military spouse with an infant in the 1950s, Ginsburg understood the challenges women faced in the workplace.

While working for the Social Security Administration she was demoted for becoming pregnant and later began to question whether she should go to law school.

And she did. She graduated from Columbia Law School and went on to co-found the ACLU’s Women's Rights Project, arguing six cases before the Supreme Court; winning five.

“I looked up at the bench the nine most important judges in the United States and I thought, I have a captive audience, they have no place to go. They had to listen to me,” she said.

In 1993, she became the 107th Supreme Court Justice, the first jewish woman and second woman on the court.

In 96, she wrote the majority opinion in US v. Virginia, a case that fought for women's place in the all-male Virginia Military Institute.

And Ginsburg’s more than half century push for justice extended to all. She took up fights against capital punishment and in defense of the LGBTQ community.

From children's books to, to meme queen. To the subject of films. Like 2018’s On the Basis of Sex.

She was also a health icon, battling cancer five times.

However, her work on women’s issues takes center stage with tributes continuing throughout the weekend of her death

“Honestly, I wouldn’t have gone to law school if it weren’t for RBG. She was an icon and she did so much for us and that will never be forgotten,” Shahnoor Khan, a mourner visiting the Supreme Court told Newsy.

And the tributes extend beyond our borders, with Canadian Prime Minister Justin Trudeau calling Ginsburg a fearless advocate for women.