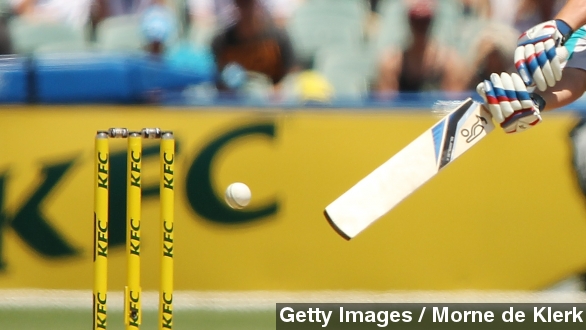 Israeli cricket umpire Hillel Oscar reportedly died after being struck by a batted ball. It's the second cricket-related death in just a few days.

Just days after the death of an Australian cricket player, another cricket-related death is in the news.

"Hillel Oscar was reportedly standing at the bowler's end when a ball flew off the stumps and hit him in the neck. He fell to the ground unconscious ... Witnesses also said emergency services tried for an hour to resuscitate him," BBC reports.

Oscar's death comes less than a week after Australian cricketer Phillip Hughes died on Thursday. Hughes was struck in the head by a ball while batting and immediately fell to the ground. He later died in the hospital.

While cricket isn't a huge sport in the United States, The Economist says it's debatably the world's second largest sport.

And now, with two cricket-related deaths in such a short time period, some are calling its safety into question.

"The statistics show it as a incident but one freak incident is one too many," said Chief Executive of Cricket Australia James Sutherland said.

"The focus is more likely to be on equipment than the laws of the game,"  ITV reporter Tim Ewart said.

Australian cricket officials are conducting a safety investigation after Hughes death, and police in Ashdod announced a similar investigation into Oscar's.