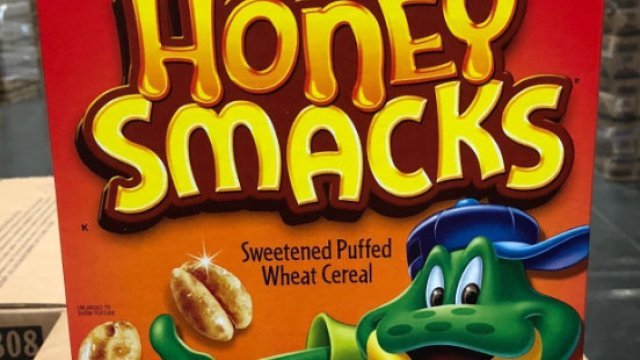 According to the CDC, at least 73 people in 31 states have been affected by a salmonella outbreak linked to Kellogg's Honey Smacks cereal.

According to the Centers for Disease Control and Prevention, at least 73 people in 31 states have been affected. Cases of the illness started in early March, and so far, no deaths have been reported.

Kellogg Company issued a voluntary recall for the 15.3 oz. and 23 oz. packages of the cereal. All have a "best if used by" date between June 14, 2018, through June 14, 2019. Kellogg's says it's launched an investigation with the third-party manufacturer of Honey Smacks.

Salmonella symptoms include fever, diarrhea and abdominal pain that start 12-72 hours after exposure to the bacteria. Most people can recover in four to seven days, but it can be serious in young children, the elderly and people with weak immune systems.