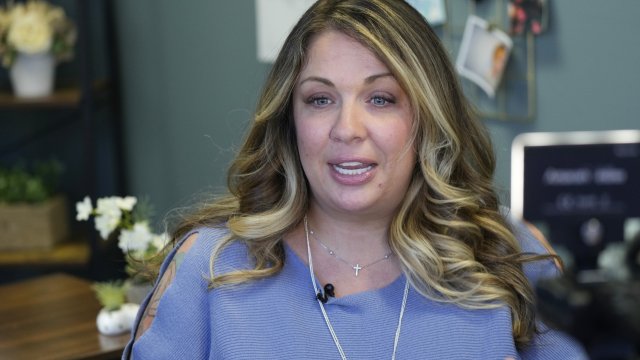 Two significant cases will be heard at the Supreme Court this week that could have major implications nationally.

Should your religion allow you to not make or serve something to a same-sex couple?

Should state lawmakers be able to conduct elections however they want?

These are big questions that the Supreme Court is set to hear starting Monday.

Lorie Smith is a web designer from Colorado.

She is at the center of the first controversial case at the Supreme Court this week.

The case is about her online business, 303 Creative.

In court documents, Smith and her attorneys contend that she would like to start designing wedding websites but that her faith won't allow her to create ones for same-sex marriages. Specifically, it's some images that she can't create.

After being told she would have to, she sued the state of Colorado.

After years of litigation, the case has finally reached the Supreme Court, with oral arguments beginning Monday.

We don't know which way the conservative-leaning court will ultimately rule. However, in recent years, it has sided with bakers and coaches in cases where someone felt their religious liberty was threatened.

Opponents, like the ACLU, have been pretty clear for years in this case that if you deny same-sex couples a service, it opens the door for more and more denials and an erosion of constitutional rights.

In Real Life: We Say Gay

Apart from that big issue, justices this week will hear a case that could completely upend the results of presidential elections in our country.

Oral arguments will be heard Wednesday.

That's the theory alleging state lawmakers in state capitols can administer elections however they want because the U.S. Constitution says so.

The ruling will impact everything from gerrymandering to voter identification laws.

Ultimately, it will impact what lawsuits can be filed concerning elections in state courts.

"It's enormously important," Matthew Seligman, a legal fellow at the Constitutional Law Center at Stanford Law School, said about the case.

Seligman says Americans should pay attention to this because it will impact democracy and voting.

Some legal scholars have said it could even upend democracy if justices give state lawmakers the power to replace electors to the electoral college if an election is disputed, as it was by some in 2020.

Seligman is skeptical that justices will go that far.

"It will not authorize state legislators to ignore the results of a presidential election," Seligman said.