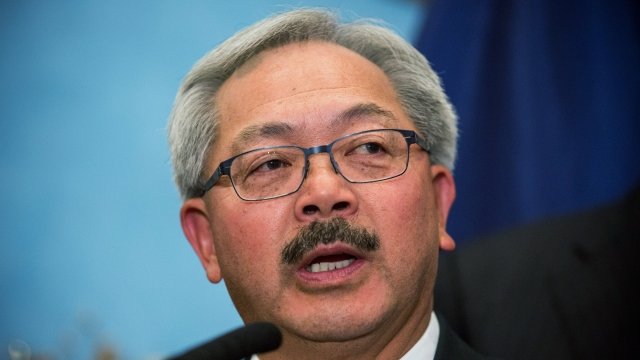 Lee's office said in a statement he died early Tuesday morning. His cause of death was not immediately released.

Lee's office said in a statement he died early Tuesday morning. His cause of death was not immediately released.

Lee was the city's first Asian-American mayor. During his time in office, he was well known for his progressive immigration policies.

He defended San Francisco as a sanctuary city and criticized President Donald Trump's decision to end the Deferred Action for Childhood Arrivals program.

Lee was appointed to the position in 2011, when then-mayor Gavin Newsom was elected California's lieutenant governor. Lee was re-elected in 2015.

The board of supervisors president will become the acting mayor in Lee's place.

Lee is survived by his wife and two daughters.