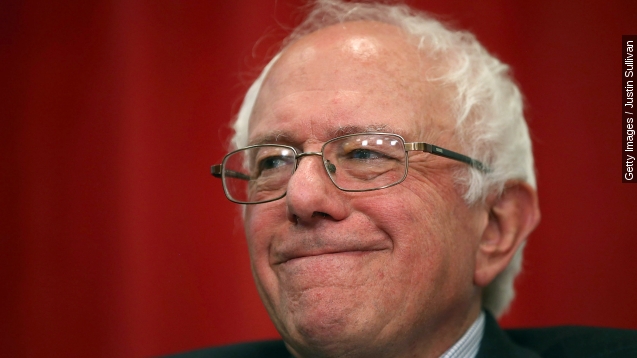 The Sanders campaign was penalized after a staffer allegedly accessed private voter information that Hillary Clinton's campaign had collected.

If Thursday was a good day for Bernie Sanders' campaign, Friday looks to be considerably worse. (Video via Bernie 2016)

According to the Democratic National Committee, Sanders' campaign may have accessed private voter information held by Hillary Clinton's campaign.

In response, the DNC has suspended his campaign's access to an important database of potential Democratic voters.

This could be a major blow to the Sanders campaign with the Iowa caucuses and New Hampshire primaries about two months away. (Video via Bernie 2016)

Campaigns spend big money gathering voter information to better understand why voters plan to vote the way they do and even target voters via consumer information. (Videos via Bernie 2016 and Hillary Clinton)

But campaigns still have to rent the master list of potential voters from the DNC.

Sometime Wednesday, the firewall — which normally keeps campaigns' lists separate — went down, and a Sanders staffer accessed the information during that time.

According to Jeff Weaver, Sanders' campaign manager, a staffer was fired because of the incident.

But Weaver also put the blame on the DNC and the company hired to maintain the firewall.

Josh Uretsky, the fired staffer, told CNN he wasn't trying to steal information from Clinton's campaign but instead trying to "understand how badly the Sanders campaign's data was exposed."

The DNC says Sanders' campaign can't access the master list again until they can provide proof any data obtained was destroyed and explain why the breach happened in the first place. (Video via Bernie 2016)

Clinton and Sanders will face off on Saturday for another Democratic debate, where the issue could come up. (Video via CNN)