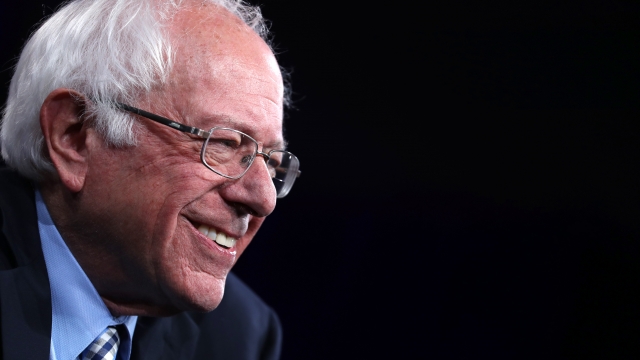 The Vermont senator was hospitalized Tuesday after suffering chest discomfort at a campaign event.

Democratic presidential hopeful Bernie Sanders has been released from a Las Vegas hospital after suffering a heart attack.

On Friday, Sanders issued a statement saying, "After two and a half days in the hospital, I feel great, and after taking a short time off, I look forward to getting back to work."

The 78-year-old senator was admitted to Desert Springs Hospital Medical Center on Tuesday night after experiencing chest discomfort at a campaign event.

Sanders' doctors confirmed in a statement that he had two stents successfully inserted into a blocked coronary artery.

Sanders' senior adviser said Wednesday that all upcoming campaign events were canceled until further notice. His campaign confirmed that he will be participating in the next Democratic primary debate on Oct. 15.