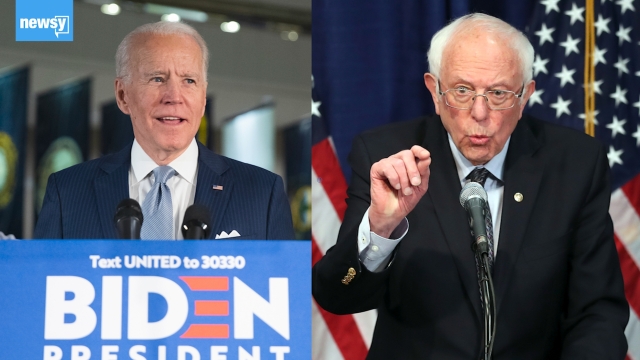 "Last night, obviously, was not a good night for our campaign from a delegate point of view," presidential candidate Bernie Sanders told a group of reporters gathered at Hotel Vermont in Burlington on Wednesday.

Despite a series of primary losses Tuesday night, Sanders says he's not going anywhere in the race for the Democratic nomination for president.

"Poll after poll, including exit polls, show that a strong majority of the American people support our progressive agenda," he said.

"Today I say to the Democratic establishment, in order to win in the future, you need to win the voters who represent the future of our country," Sanders added.

The remaining primaries in March will pose more challenges for Sanders, with contests scheduled in five states that he lost to Hillary Clinton back in 2016.

On Wednesday, Sanders signaled he will challenge Biden on his policies, including "Medicare for all", climate change, education, criminal justice, immigration, income inequality and money in politics.

The former vice president and the Vermont senator will come face to face this weekend, each hoping to make the case that they're best positioned to defeat Donald Trump.

"On Sunday night, in the first one-on-one debate of this campaign, the American people will have the opportunity to see which candidate is best positioned to accomplish that goal," Sanders said.