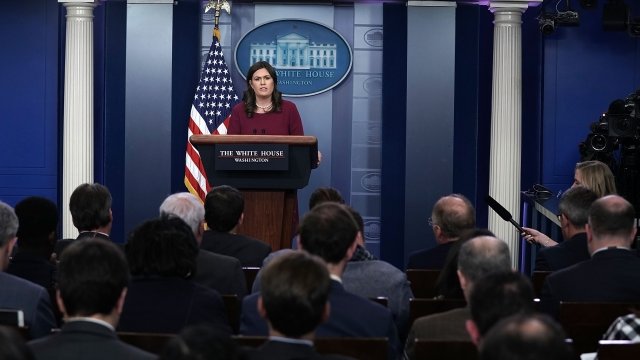 It was the first White House press briefing in a week.

Press secretary Sarah Sanders held the first White House press briefing in a week Tuesday and answered questions about the president's response to both the school shooting in Florida and the indictment of Russian nationals by special counsel Robert Mueller's team.

She said President Donald Trump expressed interest in improving the federal gun background check system and was also focused on mental health. She also addressed a tweet over the weekend in which Trump seemed to say the Russia investigation was a distraction to the FBI and a reason it failed to look into warnings about the Florida shooter.

When asked about the president's position on concealed carry reciprocity or an assault rifle ban, she declined to answer.