Sanders Thinks He Might Be Able To Convert Trump Supporters 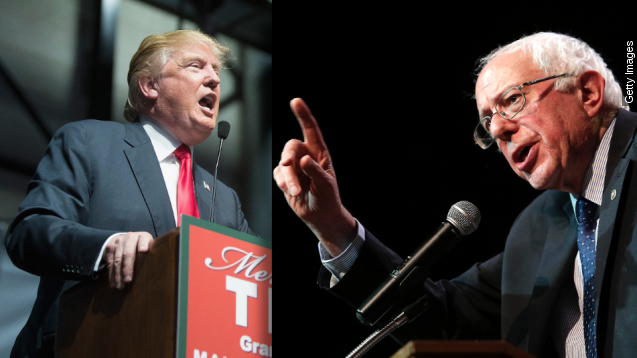 Bernie Sanders said he thinks he could convince Donald Trump's supporters to vote his way, saying they have legitimate concerns Trump is tapping into.

But, Sunday on CBS' "Face the Nation," Sanders said he thinks he could sway Trump supporters into voting for him.

The Democratic candidate said those voters have legitimate concerns about key issues like the economy and social security that Trump is tapping into. (Video via Bernie 2016)

Even if Sanders is right about their frustrations, it seems unlikely that Trump supporters would flip to a candidate who disagrees with Trump on most major issues.

They've come out on the opposite sides in debates like gun control, immigration and taxes on corporations.  But one thing they do have in common is skepticism of the mainstream media.