U.S. Officials Told Sanders That Russia Is Trying To Help His Campaign 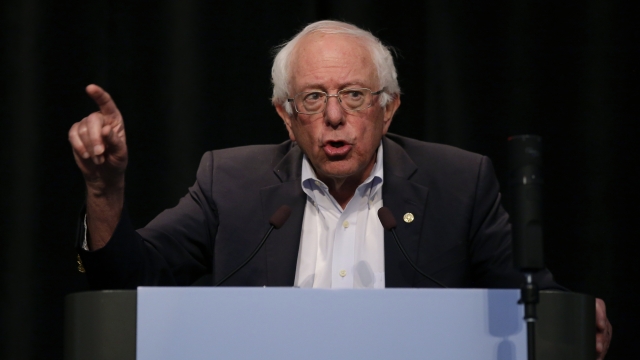 ​Sanders said he was briefed about Russia's interference attempts "about a month ago," but that "it was not clear what role they're going to play."

U.S. officials have told Democratic presidential front-runner Sen. Bernie Sanders that Russia is trying to aid his campaign in an effort to interfere in the 2020 elections.

Sanders addressed the issue while speaking to reporters on Friday, saying that he was briefed about Russia's interference attempts "about a month ago," but that "it was not clear what role they're going to play."

Sanders also brought up Russia while responding to criticism about some of his supporters' abusive online behavior during Wednesday's NBC News Democratic debate.

"Not being too paranoid. All of us remember 2016 and what we meant. What we remember is efforts by Russians and others to try to interfere in our election and divide us up," Sanders said. "I'm not saying that's happening, but it would not shock me."

The revelation comes one day after The New York Times reported similar attempts by Moscow to assist President Donald Trump's reelection efforts. President Trump responded to the news on Twitter, writing: "Another misinformation campaign is being launched by Democrats in Congress saying that Russia prefers me to any of the Do Nothing Democrat candidates who still have been unable to, after two weeks, count their votes in Iowa."