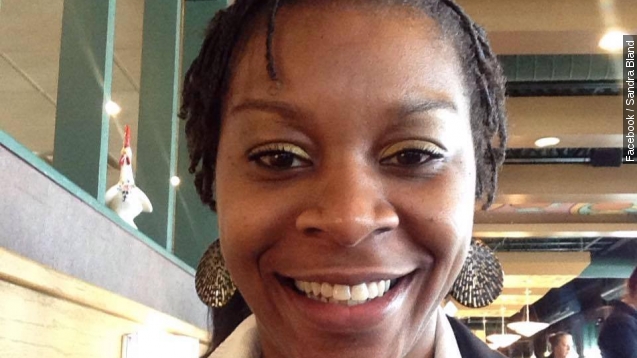 The circumstances surrounding Sandra Bland's death in a Waller County, Texas jail cell are becoming less clear by the day, and several videos are shaping the discussion about what happened to Bland.

Local officials say Bland committed suicide three days after being arrested during a routine stop, but her friends and family are questioning the official story. And now, both the Texas Rangers and the FBI are looking into the case.

Part of that skepticism has to do with this video, obtained by WLS-TV, which appears to show Bland's arrest. In the video, Bland audibly complains about being mistreated by the officer.

"You just slammed my head into the ground, do you not even care about that?" Bland yells in the video.

That video challenges the official claim that Bland was the "combative" one during the encounter. Since its release, the arresting officer has been placed on administrative leave while the incident is under investigation.

After her death, Bland's social media profile was heavily scrutinized by people looking for answers. Her Facebook posts reveal two things: Bland was an activist for racial justice, and she said she had previously struggled with depression and PTSD.

The second revelation might have been responsible for a citation Waller County Jail received this week. State regulators say the jail failed to properly train its staff about procedures related to mental health and inmate observation.

Activists are clamoring for the release of two more videos which could shed light on Bland's death: police dashcam footage of the arrest and the surveillance video from the jail, which authorities say shows no one entering Bland's cell before she was found dead.