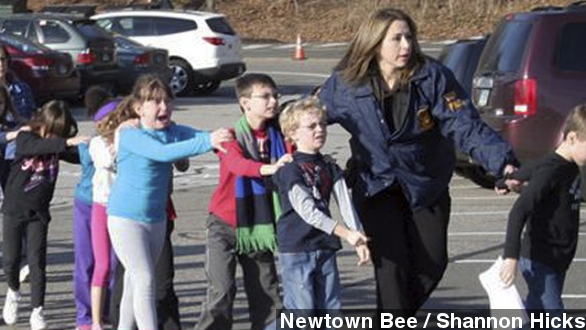 Nearly a year after the school shooting in Newtown that left 20 children and six adults dead, officials plan to release the 911 calls from that day.

Nearly a year after the school shooting in Newtown, Conn. that left 20 children and six adults dead, officials plan to release the 911 calls from that horrifying day.

A Connecticut state prosecutor says he won't try to stop the recordings of the seven 911 calls made from inside Sandy Hook Elementary School from being released Wednesday afternoon after fighting for months to keep them under wraps. A judge ordered the recordings' release last week. (Via NBC)

According to State's Attorney Stephen Sedensky III, the shooting was a case of child abuse, and the release of the 911 tapes could deeply upset the families who lost loved ones in the Dec. 14, 2012 shooting. (Via WHDH)

"I don't feel that the actual audio tapes serve any public interest. And I do worry about our children and our families listening to this in the future." (Via CBS)

He also argued the recordings could even make people lose their faith in the 911 system.

After 20-year-old Adam Lanza killed his mother at their home then drove to the elementary school and murdered 26 people with an assault rifle, some speculated police were told to wait before going inside the school. (Via ABC)

But there was never any way for the public to know for sure — until now.

The Freedom of Information Commission ruled in September that the calls should be given to The Associated Press, but Sedensky was able to stall the release by applying for a stay to hold it. But it was later denied. (Via WSOC)

The court decision said there was quote "no dispute" that the 911 calls made from Sandy Hook are public records within the Freedom of Information Act, and the judge was confident those who placed 911 calls would, without hesitation, do it again. (Via CNN)

The court says it believes the release of the Sandy Hook 911 tapes will help the public see the quote "...professionalism and bravery of the first responders who themselves have undoubtedly been subjected to emotional turmoil and pain in witnessing the scene..." (Via Los Angeles Times)

The news of the release comes just days after officials decided that Lanza acted alone in the massacre and was obsessed with school shootings — but they were unable to establish a motive.