Sarah Koenig Confirms She Doesn't Know How 'Serial' Will End 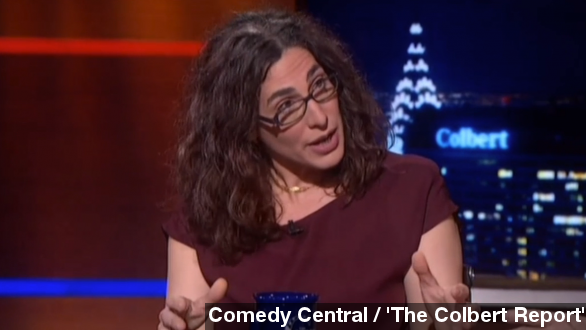 Even 'Serial' host and creator Sarah Koenig doesn't know how the wildly popular murder mystery podcast will end yet.

Sarah Koenig, the creator and host of the investigative podcast "Serial," says even she doesn't know how the captivating murder mystery story will end.

Like Koenig told Stephen Colbert on Wednesday night's episode of "The Colbert Report," she decided to investigate the 15-year-old murder case after the convicted killer's family asked her to tell his story.

Back in 1999, Hae Min Lee was found dead in Baltimore. And her ex-boyfriend, Adnan Syed, was found guilty of the crime and sentenced to life behind bars in a maximum-security prison. (Video via WMAR)

Syed claims he's innocent, and so do his family and friends. And that's how Koenig got recruited to tell his story.

"Serial" made its debut on Oct. 3 and has since accumulated a following of epic proportions.

A little more than a month after the podcast went up online, it became the fastest podcast to reach 5 million downloads in iTunes history.

With just two episodes left to go in the season, fans are eager to learn how this murder mystery will end.

And as the International Business Times notes, many are questioning if listeners can even expect a satisfying end to the podcast due to the "real life implications of the case," such as Syed's lawyer working on an appeal scheduled for January.

But as Colbert pointed out, both the last episode of "The Colbert Report" and the final installment of "Serial" air on the same day, Dec. 18. So choose wisely, my friends.